Also, I know Gordon loves to spoil things when asked I got into a reaaaallly good spoiler discussion with him at Nola Storycon last year that had me grinning for days! Another question is are there parts of KD or HL series that you're surprised haven't been asked about?

Like a plot line or Easter egg type thing that when writing you thought for sure someone would pick up on? That people haven't figured out that Augustine is Ceaser in the Hidden Legacy books. I mean I thought it was super obvious.

Glances over shoulder to see if she's coming over to strangle me. You say that but I seem to remember some of your other "jokes" that have come true later on! Thank you for answering! Don't listen to anything he says.

One time we had an AMA on a different board and when I got up to go to the bathroom, he told everyone that Aunt B was really a man and Kate and Raphael eloped. I think there was another time where he said Julie was the one that was pregnant and not Kate lol. Is there another large story arc in the works or will we get stand-alone books?

I love that world and the characters so much I hope we get more of them. We would love to do a Roman book. We both really like him and I, personally want a story where he gets the girl because he's a good dude and Andrea ended up with Raphael. We have in mind books in the KD world with an older Julie and Derek. We don't write YA so the books would be set some years after Magic Triumphs. Hope that helps. Oh, that would be awesome! I'd love to see an older Julie and Derek. Roman would be great also, he is one of my favorite secondary characters.

We are hoping to do some side character things, possibly with Roman and maybe even Luther, who is unintentionally hilarious. We have some plans for a trilogy set about ten years after Magic Triumps, but nothing definite yet.

I don't have a question to ask, just wanted to tell you that I can't wait for Hugh's book. I remember how it started as a April Fools' joke and now it's a book that will be published soon. The blast tore through the beast. Blood spatter landed on her face. The monster surged upright, its face a mess of bloody tissues, its left eye leaking onto its cheek.

Elara flipped the shotgun, brandishing it like a club. Hugh came around the corner, running at full speed and plowed into the creature, knocking it off balance.

As the monster came back up, Hugh grabbed it, twisting it around to face her, muscling it, his face savage, and caught its throat in the bend of his elbow. The powerful muscles of his arms flexed, crushing.

Bones crunched. It went limp. Hugh was staring at her but she was too tired to care. Exhaustion mugged her like a wet blanket, smothering her thoughts. Iron Dogs, hounds, and a couple of her people charged up the stairs, pounding into the hallway. The dogs tore at the corpse.

I am looking forward to this book, but I am going to have a hard time trying to like Hugh after learning to hate him so much. Hugh is like Negan to me.


I'm pretty excited to see him spotlighted even though he's a turd biscuit to Kate. Thanks, we had to take a break to work on the last Kate book, Magic retires to St. Augustine, but we should still be able to self pub it before Kate 10 comes out. Spoiler: Hugh will be in the last book and we need to redeem him before he shows up to help fight Roland. Roland wearing black socks and sandals, white shorts to just below his chest, and a button up bowling shirt.

What's this about helping to fight Roland? I know that the "enemy of my enemy is my friend" but how exactly could an alliance uneasy though it may be between Kate, Curran and Hugh even get started? I do very much like that character, so I am hoping we can explore the story a little bit. He is a good guy and quite awesome. Small surprises happen all the time. That's part of the fun of writing a book. It's a process of discovery and the best part is when you can make yourself snicker.

I like AuntB a lot, Desandra, Evdokia. I don't think I have a character that is very much me.

We try to put distance between us and our characters, because in the end the stories are not us. They are products of our imagination. I'd be tempted to steal Lenora's magic, but then I would probably do more harm than good. I think I might go with House Sherwood.

The Hidden Legacy Review: making a present of the past

They grow plants. I always wanted a garden with an orchard. I sobbed at Aunt B's death and was so proud of her at the same time! She remains one of my favorite characters ever! Hard to write the death of Aunt B and even the injury of Doolittle. Maybe Kate's Grandmother being kind of alive in Mishmar, that's not something we planned on early in the series. In the Kate books, Nick, Edge: William and Hidden Legacy probably Cornelius, who like me is a house husband with an affinity for animals.

Same reason I would be part of the animal magic house. I remember reading that the Magic How was the story changed when you added the three additional novels? Was the original ending for the series replaced or just moved? In the beginning Roland was just an idea.

We hadn't figured out what kind of guy he was and the thought was that when Kate met him they would immediately try and kill each other and one way or another the series would be over. Then he turned out to be slightly more complicated and they developed an odd father daughter relationship. So we needed more time to work up to a proper ending. This next book, Kate 10, which we're currently writing, really is the last one.

The original ending was moved and expanded. When we came to the point of Kate meeting Roland, we realized that we've built him up too much. There was no way to wrap that confrontation in one book. We also wanted to really show why the finale of the series goes the way it does and for that we had to have Kate and Roland interacting. Just happened to come across Silent Blade yesterday and wondered if the Hidden Legacy series is a fulfillment of the impulse behind that story.

The world seemed similar. Yes, actually it is. I've loved reading one or two books a year from you guys I've even been known to take the day off from work when a new book comes out! I'm guessing this question falls under the- we're not going to promise or tell you now category, but it's called Ask us Anything, right? We would like to write more Hidden Legacy books and maybe self pub more books in the Kate Daniels world but nothing right now is set in stone.

We need to finish the Hugh book and there is a "Dragon book" we've started but it's not like any of our other books so I don't think our agent knows what to do with it. We may self pub it. Also, we're still planing on putting our more Inn Keeper books. We are not sure yet what direction we're going in. We have a couple of projects, some odd, some fun, but when we figure ourselves out, I promise we will announce it.

Love your books. Can't wait for Wildfire to come out in a few days! But then I'll have to restrain myself from listening to it until my solar eclipse road trip in August :. I have just finished listening to everything back to back. I noticed that certain things seem to come up in several books. 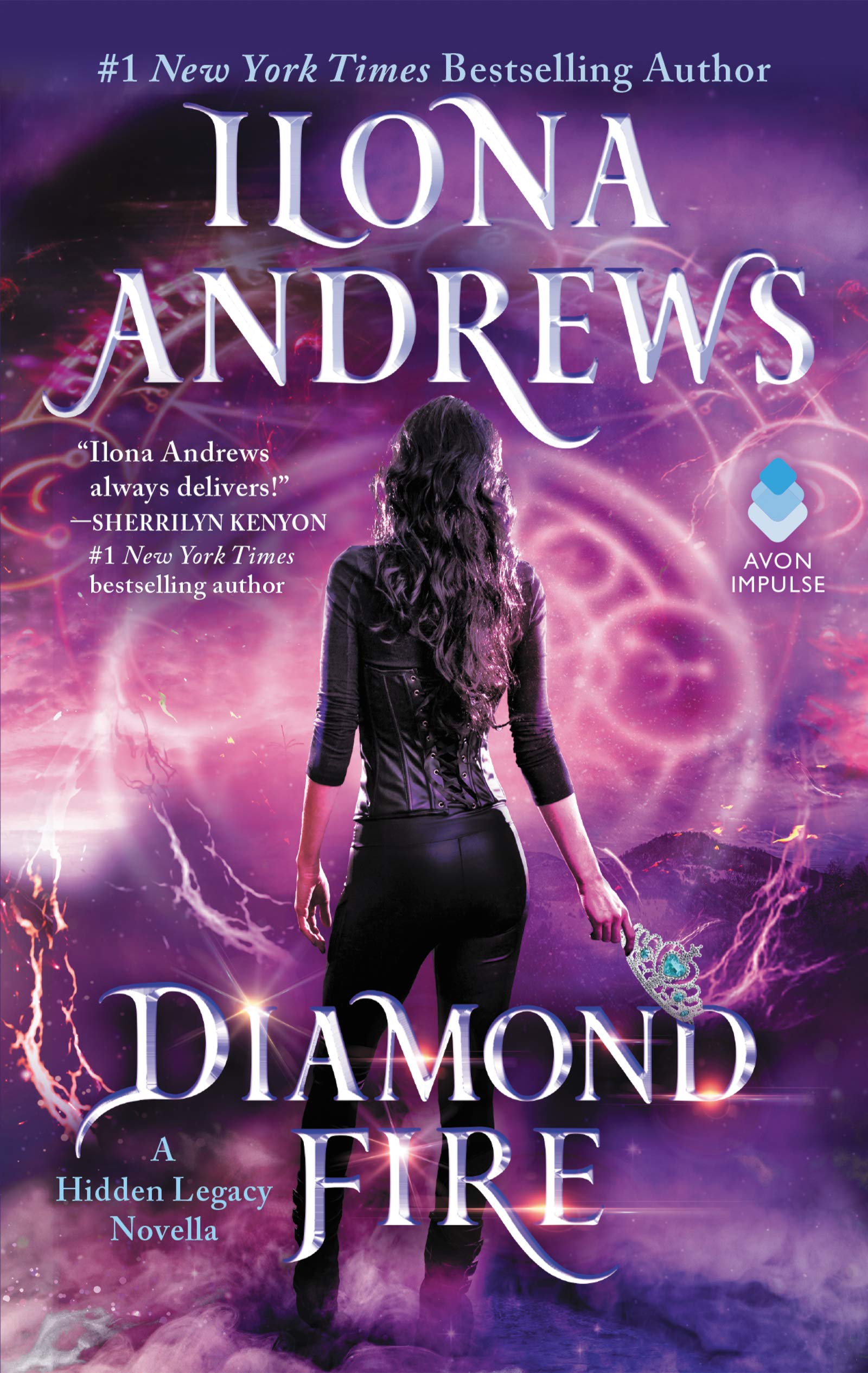 The ones I remember are:. Are these intentionally included as Easter eggs or are they fun little quirks of your writing? In the case of the names, are they meaningful names like of relatives or people you know? I don't know.